Introduction to Theory of Literature

This is a survey of the main trends in twentieth-century literary theory. Lectures will provide background for the readings and explicate them where appropriate while attempting to develop a coherent overall context that incorporates philosophical and social perspectives on the recurrent questions: what is literature, how is it produced, how can it be understood, and what is its purpose?

This Yale College course, taught on campus twice per week for 50 minutes, was recorded for Open Yale Courses in Spring, 2009. The Open Yale Courses Series. For more information about Professor Fry’s book Theory of Literature, http://yalepress.yale.edu/yupbooks/book.asp?isbn=9780300180831.

Paul H. Fry is the William Lampson Professor of English at Yale and specializes in British Romanticism, literary theory, and literature and the visual arts. He was educated at the University of California, Berkeley, and Harvard and has been teaching at Yale since 1971. His publications include The Poet’s Calling in the English Ode, for which he was awarded the Melville Cane Award; The Reach of Criticism: Method and Perception in Literary Theory; William Empson: Prophet Against Sacrifice; A Defense of Poetry: Essays on the Occasion of Writing; and Wordsworth and the Poetry of What We Are.

Topics for this course

Ways In and Out of the Hermeneutic Circle

The Idea of the Autonomous Artwork

The New Criticism and Other Western Formalisms

Lecture 6 – The New Criticism and Other Western Formalisms00:50:06

The Social Permeability of Reader and Text

Lecture 16 – The Social Permeability of Reader and Text50:10

The Frankfurt School of Critical Theory

The Institutional Construction of Literary Study

The End of Theory?; Neo-Pragmatism 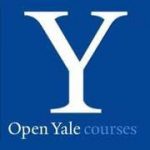 Open Yale Courses provides free and open access to a selection of introductory courses taught by distinguished teachers and scholars at Yale University. The aim of the project is to expand access to educational materials for all who wish to learn.
0 (0 ratings)

Welcome to Clevious Discourse
This wizard will help you register a new account on this site.

Read Smart, Save Time
Pick all the topics you are interested in to fill your homepage with stories you'll love.
Anthropology